It is possible that a combination of the following factors could be causing endometriosis to develop in some of those affected by the condition:

When you have a period, some of the endometrium (womb lining) flows backwards, out through the fallopian tubes and into the abdomen. This tissue then implants itself on organs in the pelvis and grows. It has been suggested that everyone who has periods experiences some form of retrograde menstruation, but their bodies are able to clear this tissue and it does not deposit on the organs. This theory does not explain why endometriosis has developed in some cases after hysterectomy, or why, in rare cases, endometriosis has been discovered in some men when they have been exposed to oestrogen through drug treatments.

Some research suggests that endometriosis can be passed down to new generations through the genes of family members. Some families may be more susceptible to endometriosis but the causes of this are unclear.

Endometriosis tissue particles are thought to somehow travel round the body through the lymphatic system or in the bloodstream. This could explain why it has been found in areas such as the eyes and brain.

It is thought that in some cases the immune system is not able to fight off endometriosis. Many of those with endometriosis appear to have reduced immunity to other conditions. It is not known whether this contributes to endometriosis or whether it is as a result of endometriosis.

This theory suggests that certain toxins in our environment, such as dioxin, can affect the body, the immune system and reproductive system and cause endometriosis. Research studies have shown that when animals were exposed to high levels of dioxin they developed endometriosis. This theory has not yet been proven for humans.

Metaplasia is the process where one type of cell changes or morphs into a different kind of cell.  Metaplasia usually occurs in response to inflammation and enables cells to change to their surrounding circumstances to better adapt to their environment.

During development in the womb, metaplasia allows for the development of the human body as a natural process. To explain endometriosis, some researchers believe this change from one type of cell into an endometriosis cell happens as an embryo (developing baby in the womb), when the baby’s womb (uterus) is first forming.

Other researchers believe that some adult cells retain the ability they had as an embryo to transform into endometriosis cells.

To learn more about endometriosis download our Information Pack

As a charity, Endometriosis UK relies on support from people like you. If you found this page helpful please consider making a donation. Thank you. 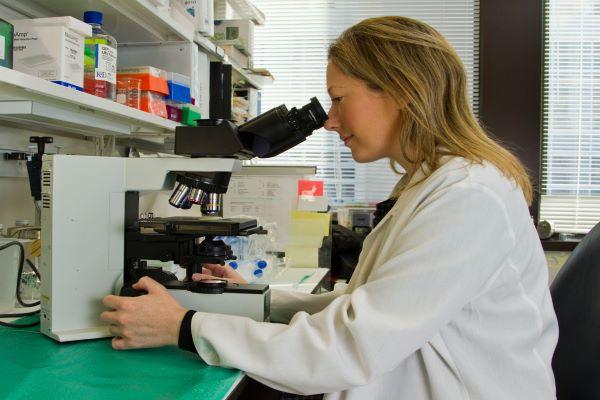