A walk from Bath to Devizes raises thousands

In this blog we speak to June, one of our fabulous Awareness Month fundraisers, who raised an amazing £4,000 for Endometriosis UK! Read on to find out how she did it.

Firstly – thank you so much for all you’ve done to raise such an incredible amount of money for Endometriosis UK! Could you tell us a little bit about yourself, and what motivated you to take part in the 1 in 10 challenge?

I am the mother of two daughters, one of whom, Bee Murray, has suffered from endometriosis all her adult life.  Although I suffered from dismenorrea, I recognised early on that Bee’s extreme pain and the pattern of when it occurred was not something I understood.   It took many years for Bee’s condition to be diagnosed correctly.   She is now 29, married to a loving and considerate husband and blessed with the birth of twin girls, now 14 months old.   Bee has had several operations, various versions of the contraceptive pill and pain relief to assist her condition.  She is a highly qualified Equine Dentist and works long hours 5 days a week.  I don’t know how she manages such a busy life when frequently in extreme pain.  Sometimes she has to have a day off at home to nurse the pain and the other side effects.  Becoming pregnant was like a miracle for her and husband, Alex.  It was most unexpected and a very joyful occasion.  However, the pregnancy was anything but straightforward.  She was extremely sick for the first four months and then, just as this was subsiding she developed appendicitis – a week of extreme pain in hospital as they desperately tried to find out what was wrong, knowing that the babies at 27 weeks and Bee were in great danger.  Remarkably, Bee gave birth naturally at full term just before the COVID pandemic hit the country.  Her health issues have continued.  The surgeon did find endometriosis on her appendix and she has suffered from blood clots, bloating, abdominal pain since the birth.  Recently her symptoms have increased and she is having lung and heart tests to discover why she is so short of breath.

Bee told me about Endometriosis-UK and has appreciated the support the Charity can give all sufferers.  I felt I had to do something to help her – I cannot cure her and, actually, she would rather not have any further medical interference as it seems to be a temporary relief but then can make matters worse.

I am a supporter of the Charity and realised that March was an important month for Endometriosis-UK.  I decided the best support I could be for her and others is to raise some money to assist in the awareness and research that is needed for this chronic condition.

Could you tell us more about the challenge?

I live next to the Kennet and Avon Canal, close to the Caen Hill flight and Devizes.  I know the canal path well as I walk my dogs there every day.  I discussed the challenge with some friends and decided to walk a distance along the canal would be logistically simple but still quite challenging.  My friend lives in Bath – so Bath to Devizes became the challenge – a beautiful part of the Wiltshire countryside but a distance of 21 miles.  This gave us the need to train beforehand and walking greater distances each week was possible in the COVID restrictions imposed.

How did you raise so much money? Do you have any tips for someone taking on their own challenge?

I took on board the advice from yourselves, the Just Giving site and friends and family who are more social media aware than myself.  It is important to make it a story and my daughters and friends made sure this was then sent far and wide to their friends and contacts.  Using email, Facebook, Twitter and Instagram, WhatsApp were all important.  Every week of the training I updated my progress and what the plan for the day was going to be.  This also allowed others to come and support us on the walk as they knew where I was going to be and at what time.  It was a good decision to involve  friends and all the family.  My husband drove the support vehicle for the day, with food and water reinforcements on board, plus spare clothes in case it rained!  Room also for the dogs who became walking companions for part of the journey.  My friend, Andrea, offered to walk the challenge with me which was an immense support and my neighbours joined me, splitting the walk between husband and wife.  My younger daughter, Hazel, wanted to join me on the walk, but she lives in London so she did exactly the same mileage at the same time, but through London, supported by her friends.  We kept in touch via WhatsApp during the whole day which was brilliant.  Finally, Bee, Alex her husband and the twin girls, Lily and Phoebe, surprised me with a visit at Bradford on Avon and came along the tow path to meet and greet us – a special moment!

What was the best part about taking part in the fundraiser?

I was overwhelmed with the support and interest the event generated.  People stopped us on the walk and donated on the spot.  The story and the build-up to the walk was followed by many more people than I expected, some of whom then admitted to having Endometriosis in their families too. 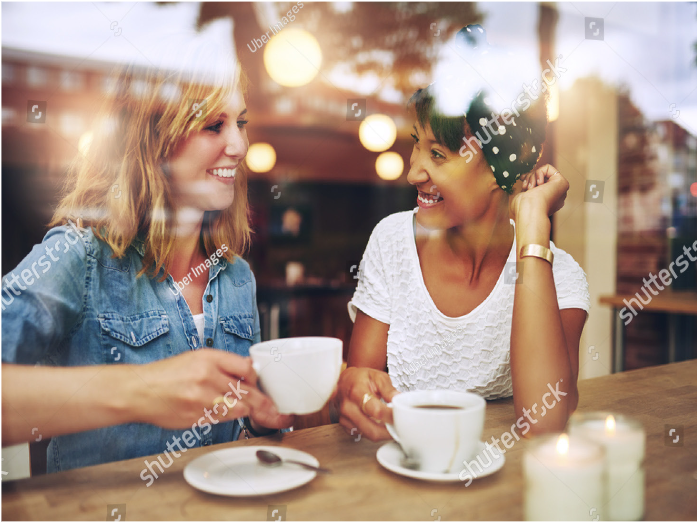 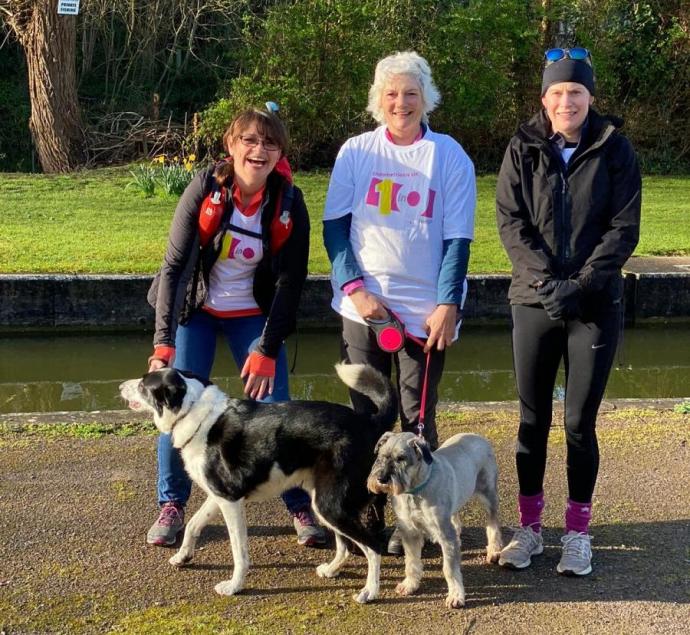