Alice Smith was the Young Ambassador for Endometriosis UK and continues to help us to raise awareness of endometriosis in young women.

Learn how she faces living with the condition.

"I have nothing to lose by empowering myself to take control and never letting my endometriosis win".

I first experienced severe gynaecological pain when I was only 12, before I’d even started my periods. This crippling pain continued to visit me every month for a whole year until I eventually started my periods. Once I started my periods, the pain got even worse. It reached the point where I experienced it every day of the month and was rushed into A&E twice monthly (once during my period and once during ovulation) and would often be given morphine as pain relief. I kept being told it was ‘normal teenage cramps’. I also lost a lot of blood, easily using up to 12 tampons and pads an hour. Due to the amount of blood lost, I became anaemic and suffered from chronic fatigue.

I was 14 and my quality of life was non-existent; I could no longer go to school because of the pain, chronic fatigue and being in and out of hospital all the time. I finally had a laparoscopy in 2010 and diagnosed with endometriosis. I cried with happiness when I was diagnosed with endometriosis because it meant my symptoms were no longer 'phantom' pains but actually a real condition! Since my diagnosis I have been on GnRH  for four years which has allowed me to complete my school education.

HOW LIVE WITH MY ENDOMETRIOSIS

At times having endometriosis has been isolating, debilitating and restrictive: I have never known adult life without it. I know I wake up in pain most nights but whether I like it or not, my endometriosis inadvertently shapes my life and who I am.

Every day I dare myself to challenge my endometriosis, be it teaching someone about it, empowering a fellow sufferer or breaking a taboo by simply talking about it. I became an ambassador for Endometriosis UK because I wanted to help the charity to continue to educate, empower and break down the taboos in anyway I could.

Eventually if enough of us tap the wall it has got to tumble — and it doesn't matter whether it is for us or for our grandchildren — we cannot suffer in silence forever. 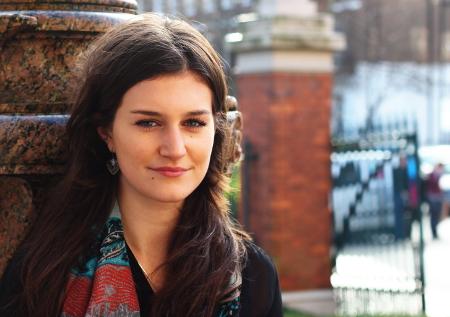